You must be of legal drinking age in your country to enter this site.

Are you years or older?

"Rex Goliath also makes a Cabernet Sauvignon and a Chardonnay that are of equally good quality. Most PA wine and spirits stores also have the Rex Goliath double party pack of two double bottles, so there is never an excuse to be out."
- Jennifer Stockdale, Examiner.com, January 2011

Cock of the Walk

"Rex Goliath is one of those rare success stories in the bottom of the barrel world, where a cheap price point doesn't necessarily translate to notes of furniture varnish and shoe polish. It's a respectable, full-bodied red wine that would pair well with any robust entrée you plan to prepare. Rex also promises not to embarrass you in a social situation, and would make a lovely hostess gift. Kickin' chicken label and a decent red wine equals the perfect holiday gift."
- Erica O'Neil, Phoenix New Times, December 2010 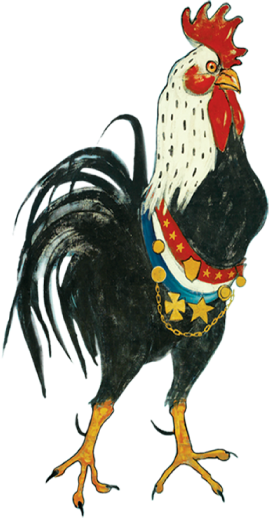